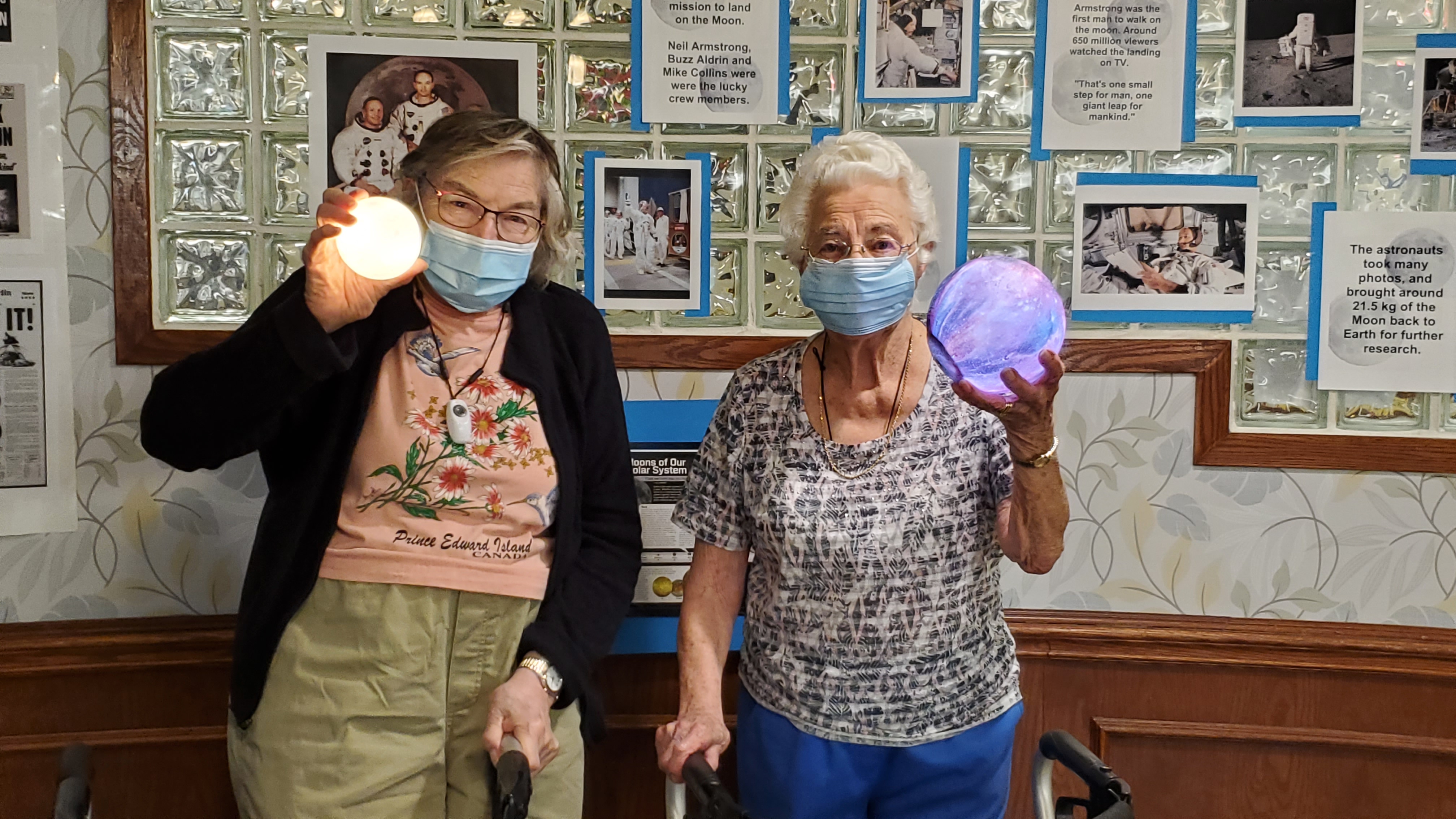 With the 52nd anniversary of the first moon landing last week, Waterloo Heights created a program for the seniors which proved to be fun and educational. It also brought back a lot of memories of the famous Apollo 11 space mission.

Jacqui, the Fun Co-Ordinator, created displays the residents could walk through as if they were visiting a museum on an outing. Included in the display was an information station about the Saturn V rocket that took astronauts Neil Armstrong, Buzz Aldrin and Michael Collins to the Moon during the Apollo 11 space mission of July 16 - 24, 1969.

Many of the residents remember the actual event, it was something that brought back many memories.