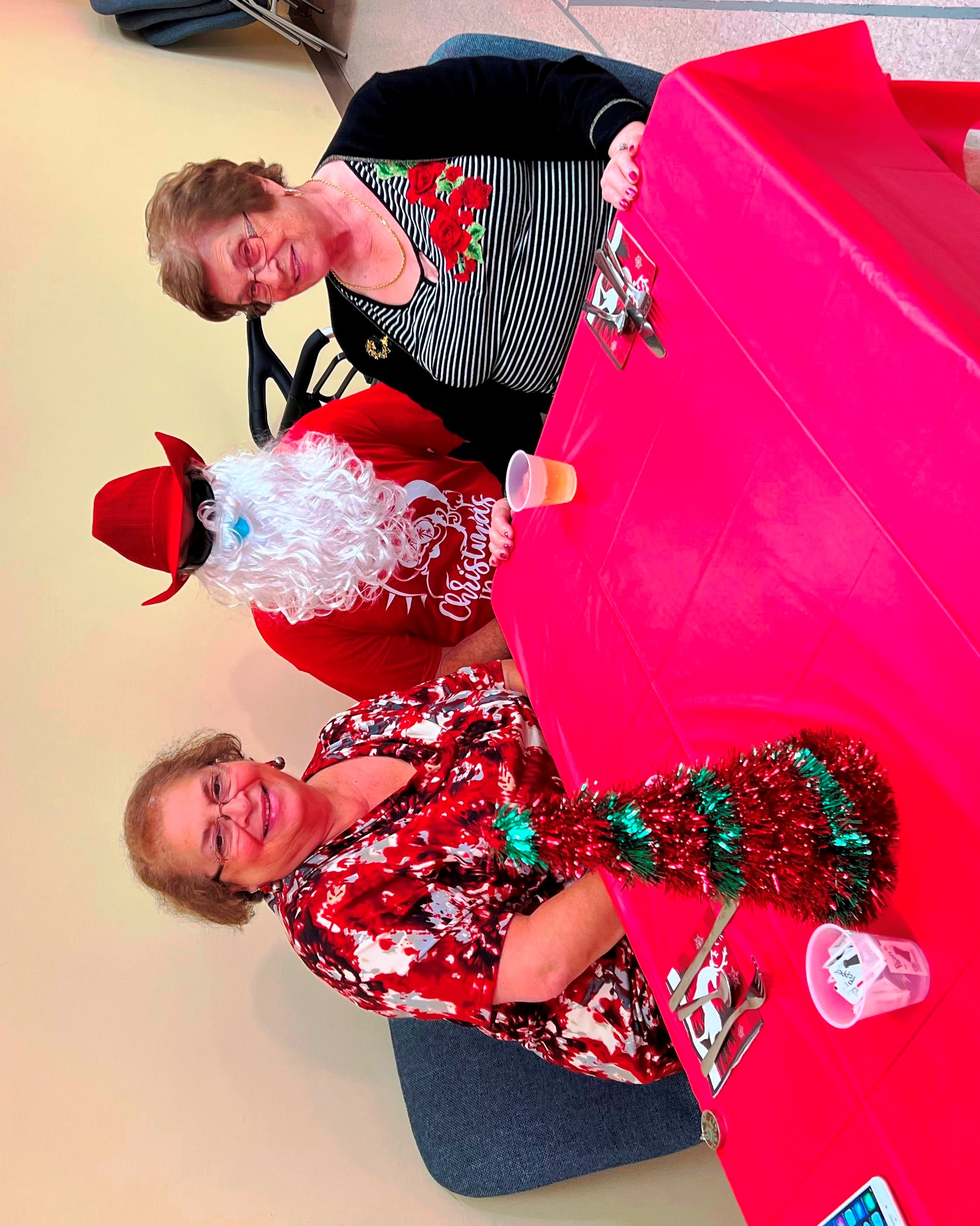 The weather outside may have been warm and sunny in July, but inside Rosewwod Village it was a winter wonderland and the Christmas season was in full swing. That's because they were making up for the lack of the yuletide celebrations the last 2 Decembers due to the pandemic. Organizer Bev James, the Fun Co-ordinator, spared nothing during the the weeklong celebrations making it a Christmas to remember. A Chrsitmas tree was put up, residents and team members played games, and there was even a visit from Santa during the week. Residents were  served special treats, like hot chocolate and Baileys while presents were handed out. Since it wouldnt be Christmas without a traditional huge family meal, residents and family members were treated to a feast of roast turkey and baked ham and all the trimmings, and with pumpkin pie for dessert. The big hit was Clarence Sweeney, dressing up as Santa. He is a team member who has a knack for making the residents laugh. The residents really enjoyed the week of celebrations, even though they thought it was a little odd at first!!